When I was in High School I was able to take music class and learn a REAL instrument (by that I mean something other than the recorder or grade school ukulele).

The first instrument I picked-up was the Baritone (like a Euphonium, but a smaller version). I loved it. Playing the baritone opened-up an entire universe to me that I had never imagined could exist. I felt my existence more powerfully when I played than any other time, except for when I was writing.

High School was extremely difficult for me, as I know it is for a lot of people. I ended-up depressed and suffered from many anxiety attacks and emotional/mental breakdowns. Playing and writing is where I found solace and safety.

In grade 10 we played a piece entitled “Campbell River Sketches”. There was something about the melody that just transported me to a better place. During this piece, I had the great privilege of playing a beautifully soaring solo. I can still remember it, note for note, to this day, as being one of the most fulfilling moments of my life.

And so, I decided that I wanted to be a professional musician.

When I expressed this to my teacher he told me that if I was serious I needed to switch from the baritone to the trombone. I did so and for the next year I practiced hour upon hour to become as good on the trombone as I had been on the baritone. My parents bought me a silent mute so I could play for hours on end without bothering them. I was so excited that I was on my way towards living a life doing the thing I loved so much.

I arranged an audition at the University ‘of my choice’ (there will be more about this University stuff later) and all my spare time went into perfecting my 3 chosen pieces.

When it was time to audition, I beamed with confidence and pleasantry and played my musical selections excellently. However, I was completely unprepared for having to sit through theory tests, sight-reading, performing every scale imaginable and having to be able to listen to notes, intervals and chords and identify them.

When I didn’t get in to the music program, I was devastated. I had hoped that my glowing personality and the soaring tone of my trombone would have been enough for them to overlook the absolute failure I was at some of the theory.

I was accepted to the Arts program, but would never attend University (as I said, another story for another time-this post is about the music).

Here I am, almost 20 years later, and I still desperately wish that when I woke-up in the morning, after enjoying my cup of tea and toast, I would be grabbing my horn and heading to rehearsal.

I still wish that my evenings were filled with performing music with a professional orchestra/band/ensemble and emptying spit valves.

I feel sad for this loss every single day of my life.

I have found other ways to try and “make-up” for it: joining a community band, playing guitar at home, singing all the time, etc. But, it’s not the same.

Every day I ask myself how to reconcile living with the thought that things just didn’t turn-out the way I had wanted, hoped and expected them to.
How can I be ok with my desk job when my real dream is to be playing in an orchestra?

I think ‘if only this had been different…’

‘If only that had gone differently…’

‘If only someone had told me at the time…’

I don’t believe that everything happens for some great cosmic reason, or there is some great being out there pulling strings and moving things around like a giant chess board. I believe things happen because decisions are made and each decision carries consequences. My decisions have brought me here-to this place.

And, while I can find happiness in the life I have now (my gorgeous child being one bright spot), these things do not and cannot erase the fact that I still want(ed) my life to work-out one way, and it turned-out another.

1 thought on “I should have been a professional musician” 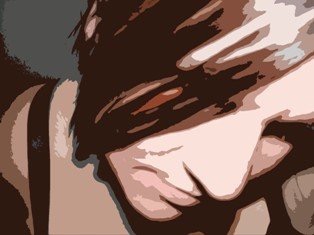